skip to main | skip to sidebar

It is 1865 and, impoverished and oppressed in their own country, a desperate group of Welsh colonists set sail for a land flowing with milk and honey; a place they have been promised, of meadows and tall trees, where they can build a new Wales. What they find after a devastating sea journey is a cold, South American desert already occupied by tribes of nomadic Indians, possibly intent on massacring them.

Settler Silas James soon fears he has been tricked for another man's impossible dream. But despite his hatred of the politically adept and obsessive Edwyn Owen, and under the watchful eye of Indian shaman Yeluc, a new culture takes root as an old one passes away. Together they ensure that the colony survives - but only by sacrificing almost all that they love.


Research
In the middle of the cold desert of Patagonia, South America, there is a collection of small communities that look strangely out of place. Their first language is not Spanish but Welsh. They have chapels, high teas and folk festivals. When Princess Diana went there she was made especially welcome: she was, after all, their princess. Bruce Chatwin described his encounter with them in his book 'In Patagonia', but despite this the history of Great Britain's last successful colony is little known. 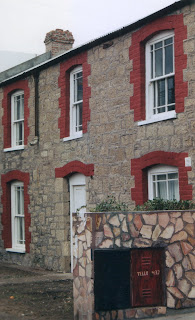 In order to write my story of the colonisation I not only read several accounts of what happened, but also travelled alone across Patagonia, studied Welsh and trained to be a shaman - the last in order to understand the culture of the people they displaced. 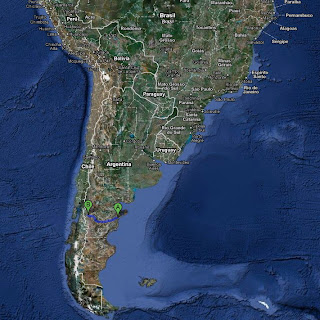 Map of South America and my journey from Rawson (A) at the Atlantic coast to Esquel in the Andes (B)
The result is a novel - my interpretation of how it may have been to have been one of those colonists. 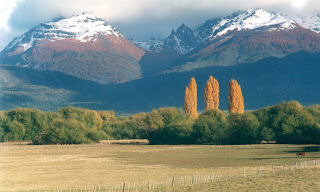 Cwm Hyfred (Beautiful Valley) in the Andes (photo given to me by one of the descendants of the settlers, Douggie Lloyd).

"...Award-winning novelist Dudman has written another powerful contender for honours with this atmospheric, lyrical page-turner..."

"...an engrossing book. It sticks to the facts and doesn’t exaggerate them for effect..."

"...intensely moving...The protagonist Silas James is a character you instantly connect with, and the in-depth descriptions make you feel as though you are sitting in the Patagonian desert..."

"...A Place of Meadows and Tall Trees is a lovely novel, which I highly recommend for a rich and rewarding reading experience."

"...Her extensive research into the region and the period in which the story takes place gives the novel an air of urgency and realism that makes it a gripping read..."

"...This narrative about the Welsh colonists of Patagonia would be a ripping yarn, as they say, in the hands of any competent writer. It has danger, dashed dreams, fears, jealousies, romance -- everything you could want in a novel. But in the hands of a writer of the calibre of Dudman, this has become much much more..."

"...Lyrical and informative in equal parts, this is a novel that a non-fiction reader can appreciate for its descriptive content while still giving flight to the imagination and good development of characters that the reader cares about. Recommended."

"... Fine historical novel based on the true story of the founding of a Welsh colony in Patagonia in 1865. It's a harrowing book, but beautiful, full of humanity, and believably renders the hardships and triumphs of the early colonists, as well as what their arrival meant to the native Tehuelche people..."

'....A Place of Meadows and Tall Trees is beautifully written and powerful. Also surprising: going into it I already knew more or less what it would be about, yet I was still caught off-guard repeatedly at how the author chose to tell the story...'

"...The story of the colonists’ struggle to survive is told alongside the personal thoughts and feelings of the main characters, and you find yourself willing them to succeed on all levels. Though the focus is very much on the Welsh aspects, its appeal will be much wider."

'...A thought-provoking book, driven by powerful characterisation and profound reflection on the process of colonisation.'

'A beautifully written book that would appeal equally to fans of drama, history or character-driven pieces.'

Extract from A PLACE OF MEADOWS AND TALL TREES

This I know: the world belongs to Elal. Where his arrowheads touched the ocean floor so the ground rose up. Great rivers drained the water from the land and the memory of this is imprinted in the dry gorges and wide empty canyons. This was before man came. Before man became. Before Elal thought of us. He planted forest, swept out plains with his arms, drew up mountains with his fingertips, and then he thought of us: his Teheulche. He made us large and strong like himself and he gave us legs so we could wander around his great creation. I suppose he wanted an audience, animals who would talk more loudly than the choique and armadillos. So he thought of us. His people. His guardians for all that he had made rise up from the ocean. He filled us with promises and hope. He told us that when we die he would see that we would take our places in the firmament and shine as stars. Elal. A god but also a man. A giant but also small enough for us to see.

It is his land, he allows us to dwell here because of his great munificence. It is important to remember this. Important to know. Important to tell those around us and to remind the children that come after us. Elal. Great one. By looking after his land so we look after ourselves. 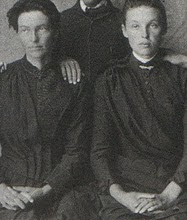 When I saw the big swan on the ocean I knew that Elal had not sent it. Even though I know Elal is used to swans and first learnt to shoot his arrows through her feathers I could see this was not his bird, not his carriage. Of course I have heard of such things before: large birds that bring men. But I had never seen one, not in front of me, not like this, even though I am old and have seen much of the world and am wise to its ways. I watched it grow big and bigger still and then voices came to me, calling, shouting, words I didn’t understand, not even the words the Mapuche use or those whiter men from the north. I am used to their words from my father and even speak them a little, but these words were full of spit, clearings of throat and growls. Later they told me it was the tongue of heaven, but no one has ever heard the stars speak. 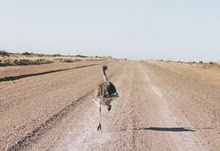 But even before I saw them I knew they were there. I could feel them coming. Strange creatures in the air. Their spirits and their helpers making the other world restless. Disturbing my sleep. Making the rou skittish.

By the time they came close enough to see, the sun was high: a weak sun, doing his best to warm up the air and the wind blowing his efforts away.

From the shore there was a boom, like a small thunder, and then they detached themselves from the swan. Like fleas. No, larger than fleas. Like rats. Rats disturbed from a nest. Falling into the water and crying out when the water grasped them, swimming like rats do, frantic and clumsy, their heads above the water and then one of them stepping on the land first, jumping up and yelling to the rest who were going back to the swan. Trouble, I thought and wondered if Elal knew. Trouble, I thought then and I was right and wrong. Nothing is all one thing or the other. So it was with these men and their women, especially their women.